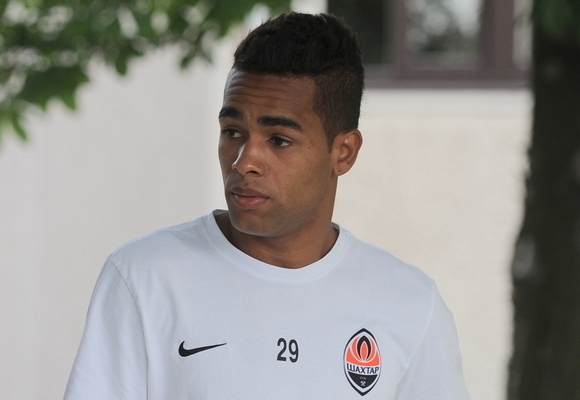 Chelsea has been told that they can sign Shakhtar Donetsk midfielder Alex Teixeira for a cool £30 million.

The 23-year-old Brazilian is Europe’s leading goal scorer having found the back of the net 21 times in 22 matches for the Ukrainian side this season.

With Belgium international Eden Hazard looking ever closer to a move to Real Madrid the Brazilian sounds like a good deal given the price, but would be cup-tied for the Champions League after having played for Shakhtar in the Group stage.

Speaking just last month Teixeira virtually told Chelsea to come and get him saying: ‘I have an offer, it was a pleasure to know that Chelsea wants to sign me. It would be great if the transfer happens in January.”