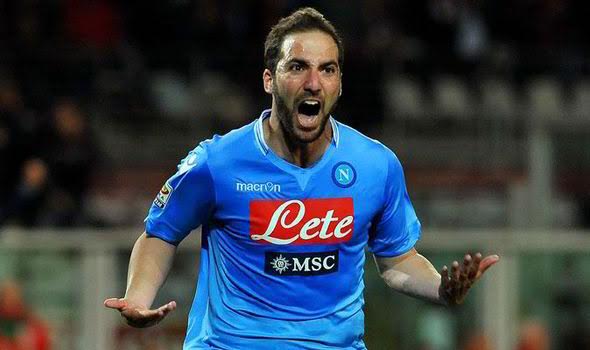 Costa has been one of Chelsea’s biggest disappointments so far this season scoring just two goals in the clubs worst ever start to a Premier League season.

This had prompted under fire manager Jose Mourinho to tell his scouts to scour the market for an available proven goal scorer that the club can sign in January and with backup striker Radamel Falcao either injured or out of form, the Blues are desperate for a man who can provide them with goals.

Despite the clubs poor start manager Jose Mourinho retains the support for now at least of owner Roman Abramovich and has long been an admirer of Napoli’s Argentinian international front-man.

Napoli will of course demand big money for the 27-year-old former Real Madrid striker, but given Costa’s form and Loic Remy being no better, paying a hefty fee for Higuain may be what the Blues need to help turn the season around.

And it is not just Costa who should be worrying about his future at the club, as we watch Eden Hazard fail each week in his efforts to try and recreate last year’s banner season while Branislav Ivanovic and John Terry also probably play their last season at Stamford Bridge.

At the moment Chelsea appear desperate, which means no one is safe from the axe, and with January fast approaching we can expect to see some movement at the club as Mourinho looks to save his job.