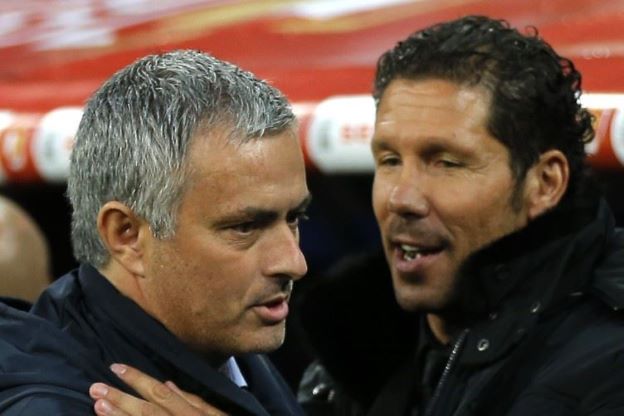 This incredible and we must say hard to believe story is in Saturdays Daily Express where they quote reports coming out of France as saying Chelsea owner Roman Abramovich is ready to fire Jose Mourinho and bring in Atletico Madrid coach Diego Simeone following tonight’s Champions League final between Simeone’s Atletico Madrid and Real Madrid in Lisbon.

Reports suggest that the Russian billionaire is unhappy with the fact that Chelsea failed to win any major competitions this summer and thinks that Simeone could be the man to take the club forward.

French sports publication Le10sport is reporting that Abramovich has doubts now as to whether or not Mourinho is the man to take Chelsea into the future and that he could fire the Portuguese manager by the end of this month.

Reports suggest that Simeone has a release clause in his contract with Atletico that Chelsea could exploit to get the Argentinian to Stamford Bridge.

Mourinho returned to Chelsea at the start of the season signing a four-year-deal with the club, and has since being back in London called the present team, a team that was in transition, and even given Abramovich’s flair for firing managers we tend to think that this story is a little far-fetched and we expect to see Mourinho in charge next season.