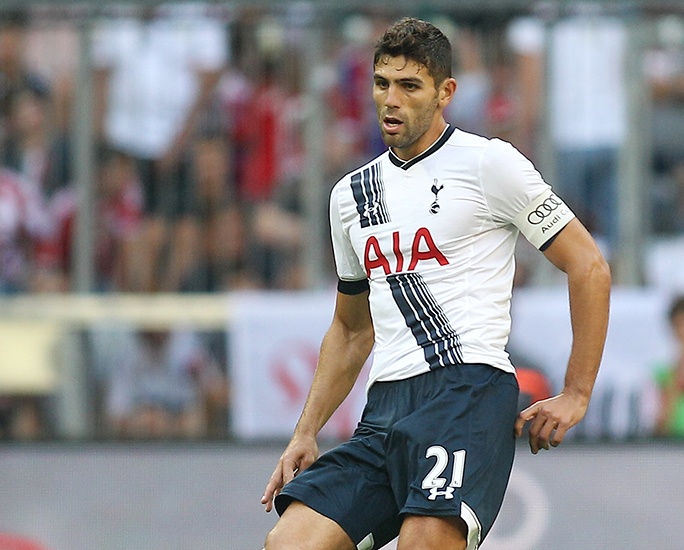 It would appear as if Chelsea manager Jose Mourinho will get his man as Everton bid £5 million for Tottenham centre-back Federico Fazio after Blues target John Stones hands in transfer request.

The 28-year-old Argentinian had been in talks with West Bromwich Albion over a potential move away from White Hart Lane, but a breakdown in talks has alerted Roberto Martinez, who despite saying repeatedly that Stones was not for sale knows that he is swimming against the tide when it comes to Chelsea and their big money.

A move to Tony Pulis’s West Brom is still not dead, but Fazio would if given the option prefer to link up with Argentinian international defender Ramiro Funes Mori who is set to complete his transfer to Everton from River Plate before Tuesday’s close of the summer transfer window.

All that is left to happen now is for Chelsea to make that all-expected £35 million bid for Stones and the 21-year-old England international will be on his way to Stamford Bridge.