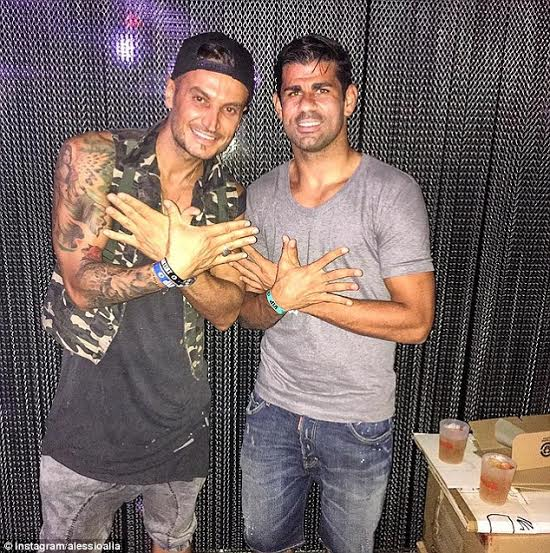 Following last Saturdays 2-2 draw with Chelsea at Stamford Bridge, manager Jose Mourinho gave Diego Costa a few days off to rest his troublesome hamstring, yet instead of putting his feet up in front of the tele, the 26-year-old decided his time would be best spent partying the night away at the Spanish Islands top club Ushuaia, where world famous DJ Avicii was playing.

Considering Chelsea’s next match is against title challengers Manchester City next Sunday at the Etihad, and given the fact City started their new campaign with a 0-3 away win at West Brom, Chelsea fans can be forgiven for thinking that their star striker should perhaps have been resting up rather than being in a place that is well known for getting very little sleep.

If he is unable to play next Sunday or puts in a poor performance, we now all know why.