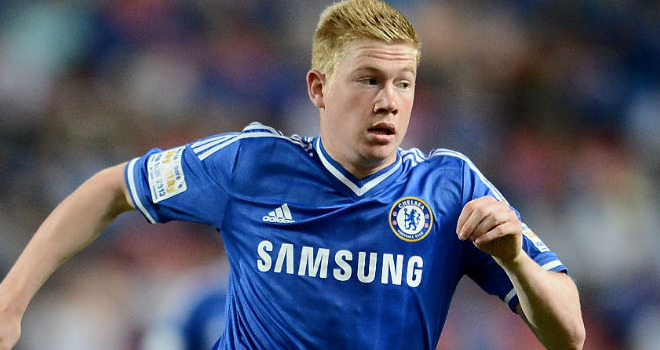 Chelsea’s Belgium international winger has told his fellow Chelsea and Belgium teammate Kevin De Bruyne that he should consider leaving Stamford Bridge if he wants to play for Belgium in next summer’s World Cup finals in Brazil.

Despite being Belgium’s top scorer in World Cup qualifying the 22-year-old has only started four matches for Chelsea this season, and was substituted in every one of them since returning from a loan deal with Bundesliga side Werder Bremen last season.

De Bruyne has admitted he might be willing to go out on loan again in January as every player competing for a place in next summer’s big show knows that they need to be playing first team football somewhere to stand any chance of being selected.

“For sure, playing at a World Cup without having been in action for a year, I think that’s very difficult,” Hazard said on Belgian TV.

“I think for him that leaving and playing that would be good.

“If we want to get the best out of Kevin, I think that it’s best if he leaves.”