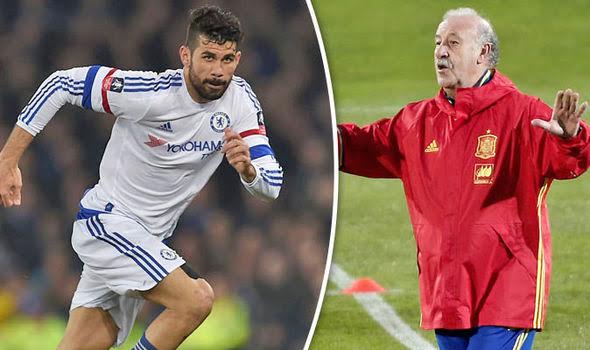 Chelsea striker Diego Costa always seems to be in the headlines for all the wrong reasons, yet now finds he has Spain national team boss Vincente Del Bosque coming to his aid.

Speaking to Spanish football publication Mundo Deportivo, Del Bosque said: “From what I’ve seen, they have demonised Costa a lot.

“Maybe that’s why [there are some who don’t want him in the squad] but the last episode isn’t so serious, honestly.

“He was putting in effort to play because it was Chelsea’s last chance to get something and he plays with great excitement.

Del Bosque was referring to the 27-year-old squaring up to Everton defender Gareth Barry during their FA Cup quarter-final tie.

“That’s a good part of his approach. He also has other things that are bad, but I don’t want either to change.

“If we called him it’s because we already know him, but I don’t like that he does ugly things, but the other day wasn’t like that.”

Costa has been excluded from the Spain squad for the current international break due to a thigh injury, but is expected to be a part of the Spanish squad that will take part in this summer’s European Championships in France.