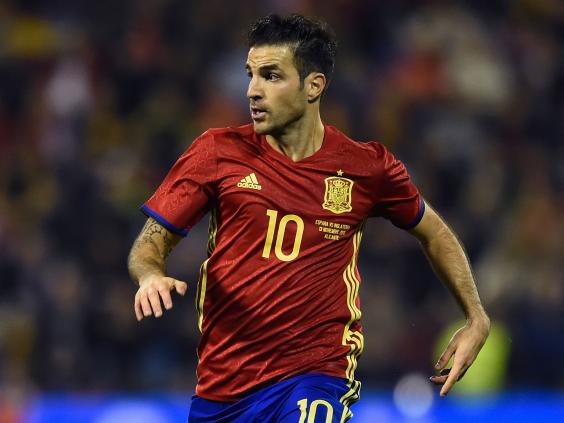 Chelsea midfield ace Cesc Fabregas has admitted that Chelsea’s poor form this season has him up at night, describing the clubs season as being “f*****”.

The 28-year-old looked his old self however on Friday night in Alicante as Spain cruised past England 2-0 as both teams prepare for next summer’s European Championships in France.

The Chelsea star virtually controlled midfield with 119 touches on the ball while by contrast England’s most active player Phil Jones managed just 49 touches.

Speaking about his and Chelsea’s poor performances the Spaniard said: “When things don’t go right I can’t sleep at night, sometimes when I am at home, in bed, I wonder.

“You have your own thoughts and the manager will have his thoughts about what is going on and it is all about talking about things and putting this right all together.

“Football is my life. It is everything to me. My family keep me happy sometimes but when football does not go well, my life is not “I try to fix it and try to put it right. We are used to always being at the top.

“The season is f*****. The results have not done justice to what we do on the pitch. We are doing things better, but we’ve had no luck. We have to start winning now. “We are not in the best moment at the club and we want to lift ourselves up and start playing better. We don’t like to be losing.

“The manager and some other players, we have always been lucky enough to play for big teams. Always trying to get to the top and always fighting for things. In the Champions League.”

“I cannot support him even more than I am doing. I am always saying he deserves it, 100 per cent,” Fabregas added.

“We are not playing well but that does not mean we are not in favour of the manager or something like that. We want to win for Chelsea, that is the first thing.

“We want the club to be at the top and someone like Mourinho who is having difficult times and the players, then you have to support each other and give our best.”