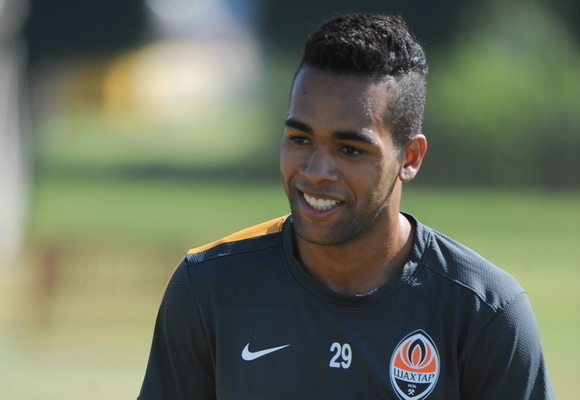 In what this morning’s Daily Express calls an “Exclusive”, Chelsea is ready to offer Shakhtar Donetsk £30 million for Brazilian forward Alex Teixeira in the hope that he can get the Blues scoring again.

According to the Express Chelsea owner Roman Abramovich is preparing for a January spending spree after a disastrous start to the season that now sees them of having very little chance of retaining their Premiership title.

Chelsea has been struggling when it comes to scoring goals with Spanish striker Diego Costa only finding the back of the net four times, while Shakhtar star Teixeira has scored 23 goals in 23 games for the Ukrainian League side.

The 25-year-old is more of an attacking midfielder rather than an all-out striker, but Blues boss Mourinho feels he may be the perfect man to play behind Costa in the Blues attack.

Other attacking players that are of interest to Chelsea include West Brom’s England international Saido Berahino and Atletico Madrid forward Antoine Griezmann, while knowing that Frenchman Griezmann would only be available in the summer.