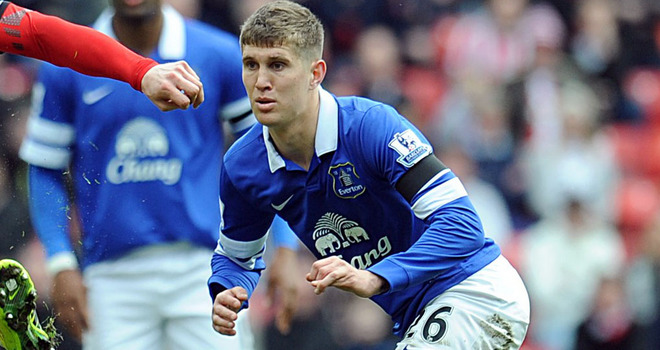 Chelsea has joined Arsenal in their desire to sign young Everton defender John Stones, who has been so impressive for the Toffee’s this season that he may get a place in Roy Hodgeson’s England squad according to the Daily Mail.

Former Everton manager David Moyes signed Stones from Barnsley in January of 2013 for £3 million and have since seen Arsenal tracking the England U-21 very closely  having been impressed by how the young defender moves forward with the ball.

While both Chelsea and Arsenal would like to make an off on the young England prospect Everton are keen to hold on to their talent as they close in on an historic Champions League spot and the money that comes with playing in Europe’s elite competition.

In the past Everton would have been hard pressed to turn down any reasonable offer but with increased television revenue on offer they will do their best to keep hold of Stones and their other young talent Ross Barkley.