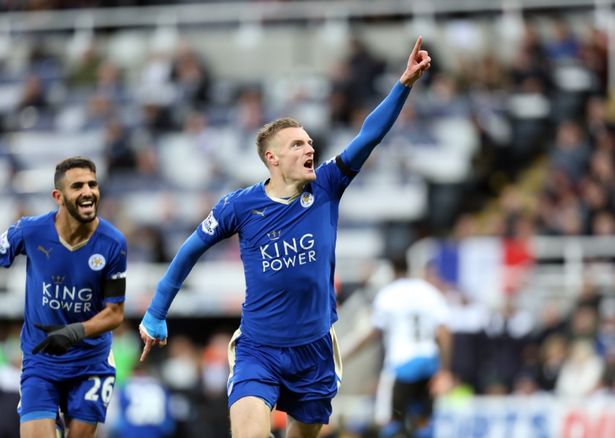 Vardy is this seasons leading scorer in the Premiership with 13 goals, and it set to break former Manchester United striker Ruud van Nistelrooy’s Premier League record of ten goals in a row should he find the back of the net against Manchester United Saturday evening at the King Power Stadium.

Chelsea has struggled to find goals this season despite having Diego Costa, Loic Remy and Radamel Falcao on the books, leading manager Jose Mourinho to turn his attention to man on fire Vardy with the Portuguese trainer not only impressed by his ability to find the back of the net, but also his relentless work rate throughout the match.

The fact that Chelsea is even watching Vardy is testament to just how far he has come since playing non-league football just four seasons ago.

Leicester City manager Claudio Ranieri has told Vardy that he does not want to see him leave promising him trophies with the Foxes, while saying how he could get lost in Chelsea’s star-studded team rather than be “the king” at the King Power Stadium in Leicester.

Ranieri said: “If you go to a big team and stay on the bench, do you feel good or not?

“Now they are the kings here. In another side would they be the king or something else?

“That is important. I want ambitious men but it is also important they understand where Leicester is going.

“I think we are building a very good construction.

“I understand if somebody wants to go but I believe in the next years Leicester, slowly, slowly, can grow up and battle at the top.”