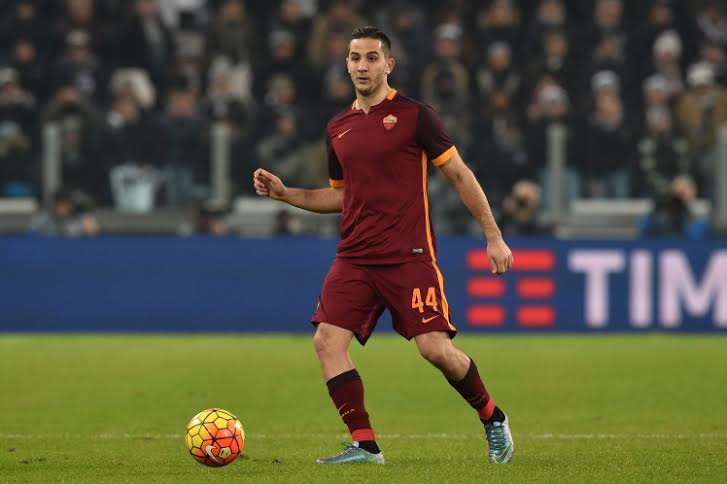 As Chelsea prepares for the arrival of Italian national team trainer Antonio Conte it will come as no surprise to supporters that the incoming manager is being linked with several Serie A players including three from eternal city side AS Roma.

Miralem Pjanic, Radja Nainggolan and in demand Greek international centre-back Kostas Manolas, a player that has in the past been strongly linked with Arsenal, as Gunners boss Arsene Wenger looks to replace Per Mertesacker.

According to the Sun, Chelsea’s needs are greater as they look to replace team captain John Terry after this season and see the 24-year-old as a perfect replacement.

defender is worth closer to £35 million.

Last season Roma fans voted the player they call “the Greek rock” their best buy of the season after having beaten Juventus and Arsenal for the former Olympiacos centre-backs signature.

Manolas’s form in Serie A has caught Chelsea’s eye and reports describe the club as ‘closing in’ on the 24-year-old centre-back.

The Roma fans voted the speedy Greek defender their best buy of the season after a stunning debut season for the Serie A giants.

Roma beat off interest from Juventus and Arsenal to land Manolas in 2014 and Arsene Wenger missed out again when the Italians rejected a £15million bid from the Gunners boss last summer.

This latest approach by Chelsea will certainly have Manchester United boss in waiting Jose Mourinho following events closely and may now force Arsene Wenger into action before Chelsea seals the deal with a bid closer to the Italians valuation.