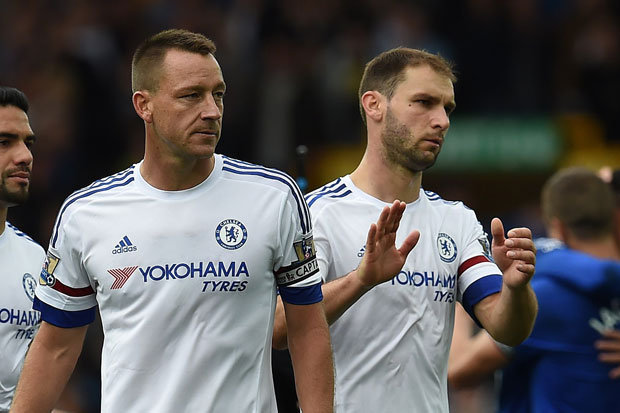 It looks very much like team captain John Terry and fellow defender Branislav Ivanovic’s time at Chelsea is fast approaching after Blues boss Jose Mourinho dropped the pair of under performers for the Champions League 4-0 win over Maccabi Tel Aviv on Wednesday night.

It still remains to be seen if either player will feature in tomorrow’s clash with Premiership rivals Arsenal following the clubs poor start to the domestic season.

Both players’ contracts expire at the end of the season, and given Chelsea’s policy of only offering players over the age of 30 one-year deals it looks very likely that they could be playing their final games for the reigning champions.

Following the situation closely, as Mourinho dispatches scouts to find a replacement for right-back Ivanovic, is Turkish giants Fenerbahce who are considering a January swoop for both players according to The Mirror, who also claim Chelsea will make a fifth bid for Everton defender John Stones, who Mourinho sees as the perfect replacement for Terry.