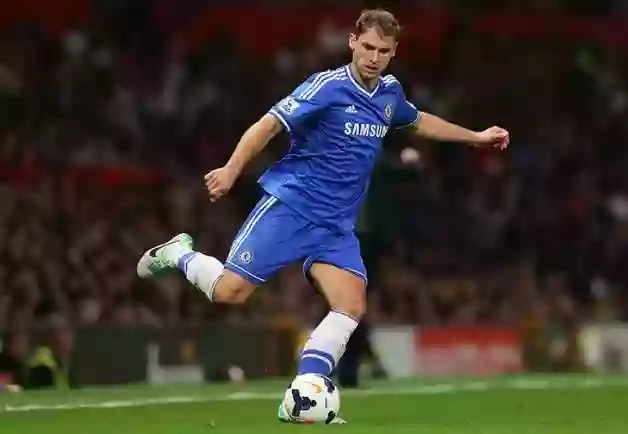 Chelsea defender Branislav Ivanovic is ready to take the wind out of Arsenal’s sails when the two clubs meet tomorrow at Wembley to contest the Community Shield by giving the Gunners a reality check on what it takes to be Premier League champions.

Meanwhile both Arsenal manager Arsene Wenger and Blues boss Jose Mourinho are both playing down next season’s curtain raiser saying the games that count do not kick off for another week.

Serbian international Ivanovic however feels that the match between the title holders and the FA Cup winners presents an opportunity to provide Arsenal with a reality check on their Premiership title ambitions, as he hope to make it a 14 game unbeaten run for Mourinho against Wenger.

The right-back said: “It is important to win because it’s at the start of the season and can provide a psychological moment for the rest of the year.

“You have to approach every game against an opponent, where you have a record against them like this, as you did in the first when it all started and the last.

“That is why we have had this success against Arsenal over all the years.

“This is the Community Shield, a game for a trophy, it’s a one‑off match and I hope we will continue that record.”

Ivanovic admits that teams are lining up to take Chelsea’s crown, but believes a win will show that Chelsea is not ready to surrender their superiority just yet.

He added: “I know it will be a little bit of extra pressure for us because everyone expects us to win the League again.

“People will think we have to be better than last season. We have to be focused on achieving that and we want to do everything for it to turn out like that.

“It is good to start with a trophy as it can set us up for the start of the season. This is important and why we are approaching the game seriously.

“Of course, we are not in our top form, they won’t be either. This is normal.

“But it will be an interesting game for sure because both teams want to win. We will give more than the maximum in this match.”