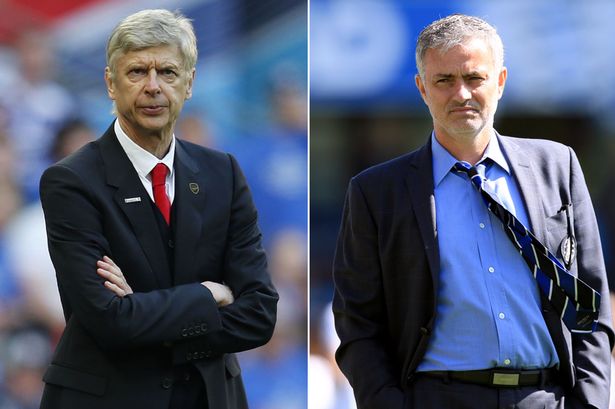 As Chelsea prepares to take on Manchester City at the Etihad this afternoon, the Portuguese manager when asked if he was surprised at City boss Manuel Pellegrini being offered a new contract could not resist having a go at Arsenal’s manager Arsene Wenger saying: “Why? Some other clubs, they have disappointed for 15 years and the manager is the same.”

The conflict between Wenger and Mourinho appears to be on-going despite the FA calling for the pair to stop behaving like children after Wenger refused to shake Mourniho’s hand following the Community Shield win a couple of weeks ago.

This carry’s on from February last year when Mourinho called the 65-year-old Frenchman “a specialist in failure.” The feud now looks likely to continue after these latest remarks from the Chelsea boss, which should add to all the pre-match hype before the two teams play each other in the league next month at Stamford Bridge.