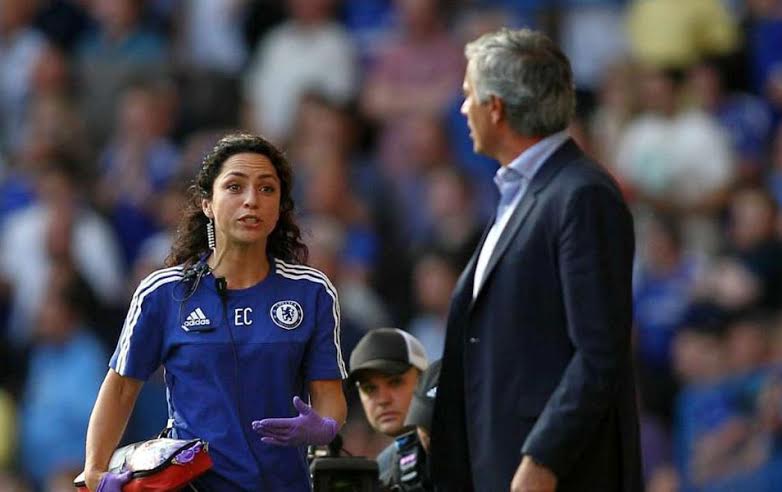 We all know that Jose Mourinho has trouble keeping his feelings under wrap, with new evidence coming to light that the Blues boss verbally abused club doctor Eva Carneiro for running onto the pitch to treat Eden Hazard.

Following the incident which left Chelsea down to just nine men Mourinho said: “I was unhappy with my medical staff. They were impulsive and naive. Whether you are a kit man, doctor or secretary on the bench you have to understand the game.”

Speaking about the incident Anna Kessel, chair and co-founder of WiF, said: “We’ll be extremely surprised if there is no charge at all.”

Kessel also wrote in the Guardian: “One day we will look back at the story of Dr Eva Carneiro and wonder how any of this happened.

“How did a highly respected doctor have her reputation ripped to shreds despite not putting a foot wrong?

“How did a Premier League manager lose his rag, misinterpret the facts and the laws of the game and fail to apologise? And why did no one defend her?

“Over the weekend WiF submitted evidence to the FA’s investigation into Mourinho’s comments as well as writing to Richard Scudamore.

“We have reminded both bodies of their own rule books and the myriad of breaches therein. We expect them to do the right thing, to take action, to send out the right message.

“It is time now to hear from the game’s enforcers, the Football Association and the Premier League. WiF urges them to step up to the plate.

“This is about medical ethics, human rights, employment rights, the integrity of the game. This is a test and we urge football not to shy away from it.”