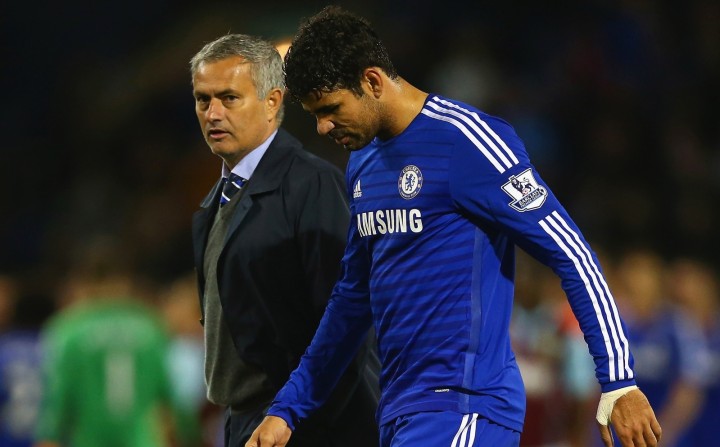 Chelsea manager Jose Mourinho has said that the way his team is playing is “amazing “following a 2-0 win over West Brom that now sees the Blues seven points clear at the top of the Premiership.

“In the first half we played amazingly well. For me, an amazing first half. We played really, really well.

Chelsea has now won the first 12-games of the season, but all attention will now focus on Tuesday nights Champions League encounter with Schalke knowing that a win will put Chelsea into the knockout stage with a game to spare.

“We are playing well,” Mourinho added. “We are getting the results that we deserve and I’m pleased.”

The Blues boss went on to praise goalscorer Diego Costa who has now recovered from a nagging groin strain.

“It’s easy to see the difference in him now. He can run, he can sprint, he can get behind people, he can challenge for every duel,” Mourinho said.

“It was very important for him to have these two weeks to recover properly.”

The match was Mourinho’s first home game since he criticised the atmosphere at Stamford Bridge, and when asked about it Mourinho replied:

“It improved a lot, a lot, there is no comparison”.

“I don’t want to speak about it again. They pay me to win matches, they don’t pay me to be critical of the crowd, so I feel sorry for my comments a couple of weeks ago.