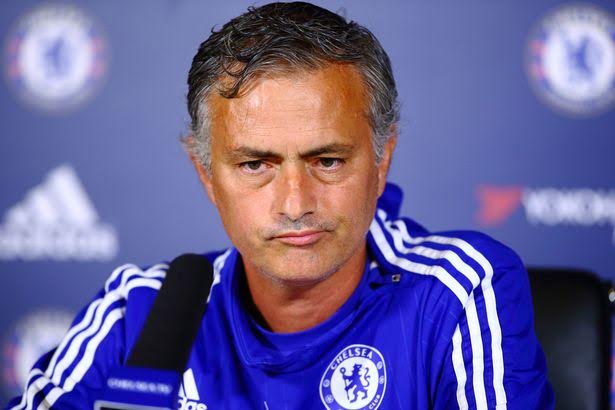 As we all know by now there is no love lost between Chelsea manager Jose Mourinho and his counterpart at the Emirates Arsene Wenger, with Mourinho keeping up the war of words between the two following the 2-0 win over the Gunners and the retrospective three-match ban for Blues striker Diego Costa.

This time Mourinho claimed that the 65-year-old Frenchman received special treatment from the FA and that he is the only Teflon coated manager in the English game saying he is allowed to criticise a referee’s performance without it coming back to punish him as would be the case if Mourinho was to say something.

“You know the one who can speak about the referees before the game, after the game, can push people in the technical area, can moan, can cry in the morning, cry in the afternoon, nothing happens.

“I don’t have a theory. I just have a reality. Just something real and is objective. If I speak about the referee, I’m suspended. If I push a manager in the technical area, I’m banned from the stadium.

“If I speak about players from other clubs and ask for suspensions, I’m in trouble. So, clearly, the facts are there.

“He cannot achieve, keep his job, still be the king. I say just one (manager).

“In the rules book it says some managers can speak about the referees before and after games. Some others cannot.

“It’s an imaginary list, but clearly (it is true).”

When asked about the pressure surrounding Newcastle manager Steve McClaren, Mourinho then added another jibe at Wenger, replying: “In this country, only one manager is not under pressure.

“We cannot be below par. We have to meet the objectives. I have sympathy with all of them, because it’s a difficult job. There’s one outside that list, but good for him. I have sympathy for Steve.