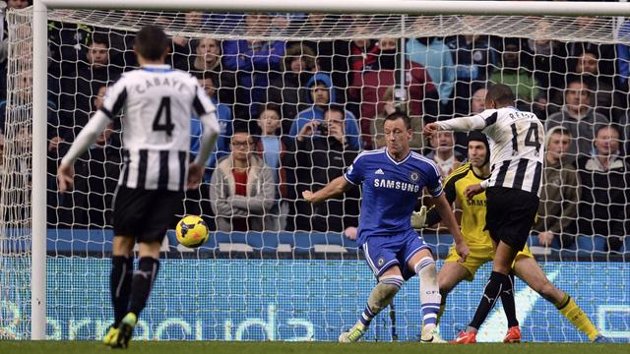 Chelsea manager Jose Mourinho is saying that he made 11 mistakes in the game at St James Park that saw the Blues end their nine-match unbeaten run after two second-half goals from Newcastle’s Yoan Gouffran and Loic Remy.

Mourinho voiced his concerns about the result after the game saying: “Of course, of course I am worried, and I read in previous years, it happened the same.

“Last year in December, they were not in the race for the title because they were already 20 points behind. This season, we have played five matches away in the Premier League – I know at difficult places to play difficult matches – but we have one victory and we have two defeats.

“Of course it concerns me.”

Mourinho had been experimenting with his team bringing back player who did not play midweek in the 0-2 win over Arsenal in the Capital One Cup when asked if he had got his selection wrong said: “No, I made 11 mistakes, 11 mistakes. I should have picked another 11 and not this one. I made 11 mistakes.

“I’m exaggerating. Of course we had some guys with, I am not saying outstanding, but with some normal good performances, but the feeling is that I made 11 wrong choices.”