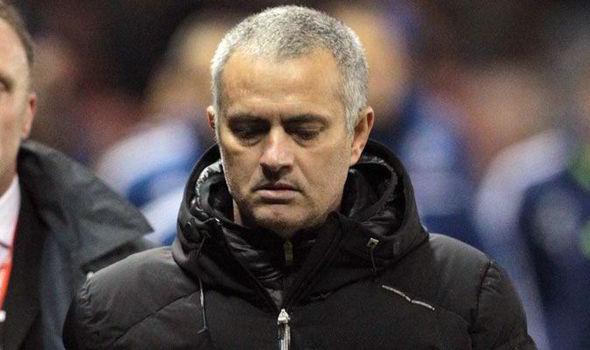 Chelsea manager Jose Mourinho said that the Blues were in trouble following their 3-2 away loss to Stoke City.

The Portuguese manager looked angry while performing his post match interviews blaming his team for another wasteful display.

He said: “I don’t feel comfortable enough to tell you what I think about the game. We’re in trouble.

“It is a concern [conceding so many goals]. I don’t like it, I don’t organise my teams to be like this.”

It is the first time since 1998 that Chelsea has conceded three or more goals in two successive away games.

Chelsea were in full control of the match in the first half, but wasted numerous chances to increase their 0-1 lead allowing the Potters to come back and snatch the winner with a 90th minute goal from Oussama Assaidi.

“I could see that result happening because after half an hour we should have been winning three or four nil – and we weren’t,” Mourinho added.

“The three players behind the striker [Juan Mata, Eden Hazard and Schurrle] were playing so well, creating so much, but you have to kill the game. Normally you kill the game but we didn’t.

“I can compare this first half with another two first halves – Everton and Newcastle, they were exactly the same.

“In the last 15 or 20 minutes we didn’t play well, the game they wanted was the game we gave them.