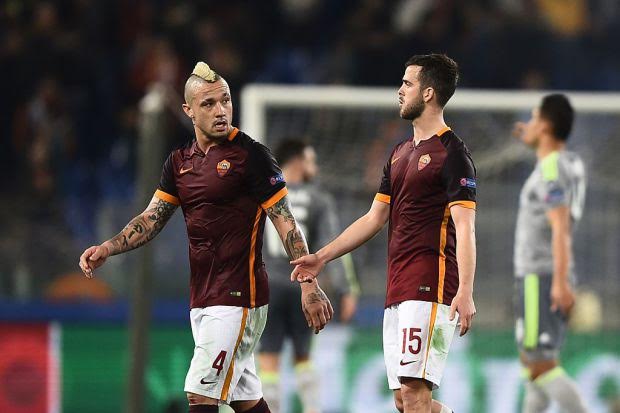 According to the Times of London Chelsea has already started making moves to acquire the player’s incoming manager Antonio Conte wants to bring to Stamford Bridge.

The current Italian national team manager Antonio Conte is expected to take over from interim boss Guus Hiddink once this summer European Championships are over in France, and to waste no time between now and then the former Juventus trainer has handed the Blues a list of players he would like to see at the Bridge ahead of next season.

According to the British broadsheet the names include AS Roma pair Miralem Pjanic and Radja Nainggolan.

Meanwhile Belgium international Radja Nainggolan is very similar in style to Chelsea’s Nemanja Matic and is being looked upon as a replacement for the under-performing Serbian.