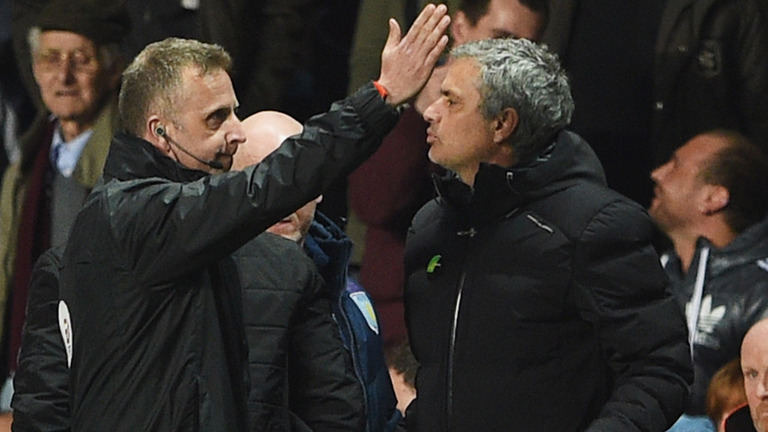 Chelsea will learn their punishment from the FA Tuesday ahead of their clash with Atletico Madrid in the first leg of their semi-final Champions League match at the Vicente Calderon.

Mourinho had a sarcastic go at referee Mike Dean and also head referee Mike Riley   following the Blues shock 2-1 loss to Sunderland at Stamford Bridge on Saturday more or less referring that it was decisions made by match officials that will have determined the outcome of this seasons Premiership title when he said: “I want to congratulate again Mike Dean.

“And congratulations also to Mike Riley, the referees’ boss.

“What they are doing through the whole season is fantastic, especially in the last couple of months, and in teams involved in the title race.

Assistant coach Rui Faria is certain to face punishment for trying to attack Dean after he awarded Sunderland a penalty that in the end won them the match.

While midfielder Ramires will face a ban for hitting Seb Larson in the face with his forearm, and if referee Mike Dean says he did not have a clear view of the incident which if so means the Brazilian could be looking at a four game ban after being sent off in a match against Aston Villa last month for stamping on Karim El Ahmadi.