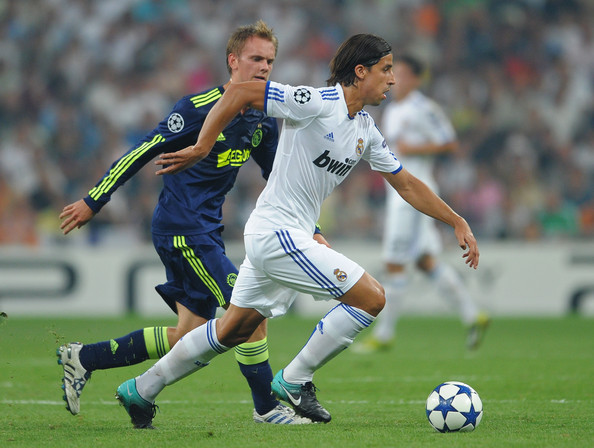 In what is a bitter blow for Chelsea and Manchester United neither club will be competing for the signature of Real Madrid’s Sami Khedira in January after the German midfielder tore his anterior cruciate ligament while playing a friendly between Germany and Italy.

The Real Madrid star is reportedly unhappy in Spain, and would have liked to have joined up with his former boss Jose Mourinho in London, but that has now been ended by an injury that will see him side-lined for possibly six months.

German national team coach Joachim Low said: “This is a bitter blow for Sami and all of us. He is a great player on and off the pitch, he is always thinking positively and this will help and I am optimistic that he will be back in time for the kick-off of the World Cup.

“We wish him all the best and keep our fingers crossed that the surgery goes well and he can quickly get into rehab.”

Germany will next face England week in another friendly with low confirming that Mesut Ozil, Manuel Neuer and Phillip Lahm will be rested in order to test other players as the German finalizes his squad for the World Cup.