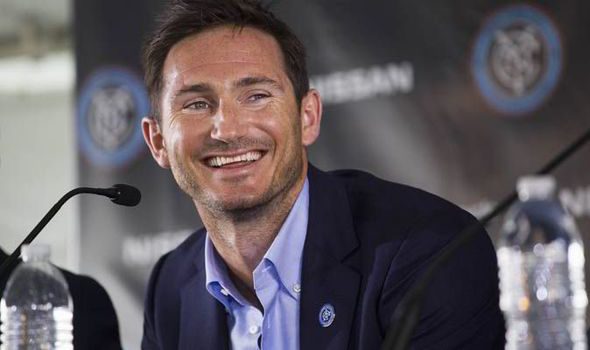 Former Chelsea and Manchester City midfielder Frank Lampard thinks that his two former clubs will dominate the Premiership next season leaving all others in their wake with both Manchester United and Arsenal desperately trying to keep up.

“They are very much a replica of each other the clubs,” said the veteran midfielder. “I think they are going to be the top two clubs for the next few years, I really do, in English football and hopefully going into Europe.

“They’ve got great foundations, they are looking to the future, the training grounds, the academies, the squads as they are – I think that will be the way it will be.

“Man United are probably going to spend a lot of money – they’ve got a strong team.

“Arsenal are always there or thereabouts.

“But from being inside the camps at Chelsea for such a long time and at City I know what they’ve got.

“I know the quality. I think Chelsea certainly deserved the title this year because of the way they played, their consistency level and it is all up grabs again next year.”

With Manchester City boss Manuel Pellegrini set to make some world-class signings this summer, the 36-year-old thinks that City will be a team to be reckoned with.

“For a team that finished second and people want to criticise, we still finished second,” said the former Chelsea player. “A lot of teams have had good seasons and come behind us.

“It shows you how far the club has come that you can be disappointed with a second place.

“I think there will be changes. It is a club that demands success and rightly so because of the squad.

“But there is a great, great pool of players, a great atmosphere.

“There’s some really big, big players who really care about the club and I think if there are changes it will be to improve the team and then they will come back very strong.”