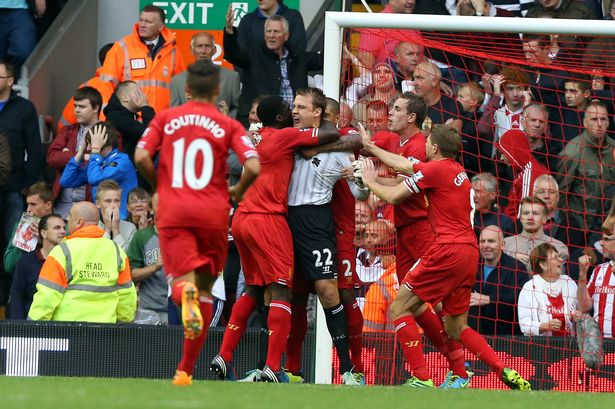 Liverpool manager Brendan Rodgers says that his aim is to keep Liverpool in the top six places of the Premiership before going back into the transfer market in January.

Liverpool made a fantastic start to the season winning their first three games to go to of the league, but then they faltered drawing away at Swansea, and losing at home to Southampton.

Despite the setback the Reds are just two points behind top of the table Arsenal, and can now concentrate more on the league after going out of the Capital One Cup on Wednesday night following a 1-0 loss to Manchester United at Old Trafford.

Rodgers now thinks that without the Cup commitments and not being involved in Europe the club can concentrate on the league and bring in some new faces in January.

“Now we can only concentrate on the league up until Christmas,” he said.

“So we have to make sure we stay up in that top six in the league and keep fighting and hopefully we can reinforce in January.

“I think the players have made an excellent start. We were flat and subdued at the weekend (against Southampton) and we couldn’t get going – part of that was because of the players we had available.”

Liverpool are now looking to get their game back on track when they travel to a manager less Sunderland on Sunday looking to come home with all three points.

Liverpool goalkeeper and former Black Cat Simon Mignolet said: “We have got a very good side. I think we showed that in the games we have played so far.

“For example the games against Manchester United, not only in the cup but also in the league – against a top team we showed that we are capable of harm and making sure we win those games.

“We have got a big game now on Sunday, where we want three points. We want to end up with the result.”