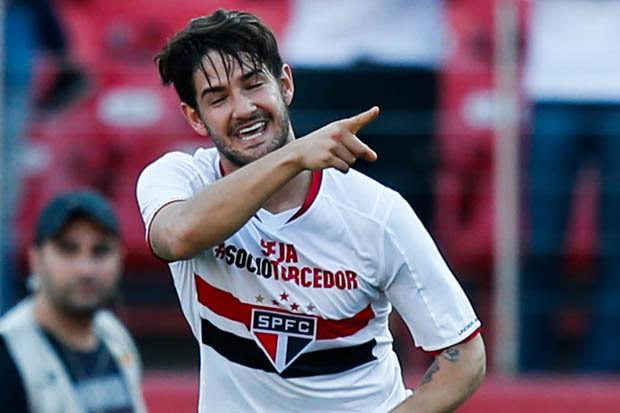 Corinthians forward Alexandre Pato has said it will be “very difficult” for him to remain in Brazil after his loan at Sao Paulo comes to an end next month, amid speculation linking him to a move to Manchester United following their supposed interest over the summer in the 26-year-old.

Corinthians have said that they are interested in selling the former AC Milan player, which means he hill almost 100% be heading back to Europe.

When asked recently if he would like to remain playing in Brazil, Pato told Radio Globo: “It’s very difficult.”

Previously the Brazilian international had expressed his desire to remain at Sao Paulo, but club president Leco said that for financial reasons they could not keep him on the books.

“I think I saw Leco saying in an interview that it would be very difficult for me to stay in Sao Paulo,” Pato said. “I’m just trying to help them qualify for the Copa Libertadores.”

Pato denied that he already had a deal in place with a Premier League side adding. “You’ve got it wrong.”

“I have five more games, but I cannot play against Corinthians [on Nov. 22]. I have to work. My goal is to help Sao Paulo qualify for the Libertadores next year. I am focused on this and later when I am on vacation I will consider things.”