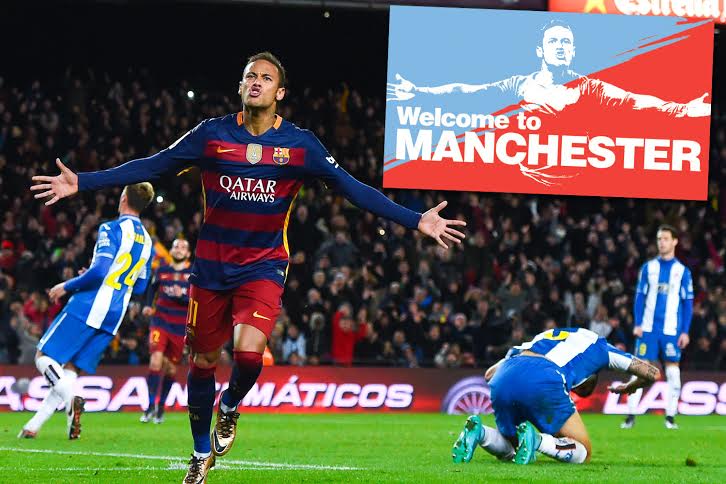 With Bayern Munich trainer Pep Guardiola preparing to take over the helm at Manchester City and Manchester United keen to shrug off their problematic season with perhaps the appointment of Jose Mourinho, both clubs are looking to make a big splash in the Premier League pool, that could point the direction of English football for years to come.

As the Premier League prepares for the huge cash injection from television rights, the league’s biggest clubs are looking to spend their new found wealth not just on top players, but marketing icons such as Barcelona super-star Neymar.

Manchester United have been reportedly trying to sign the 24-year-old since last summer, with suggestions of the club being prepared to pay £144 million to get the Brazilian wide man to move to Old Trafford.

So long as Lionel Messi is at Barcelona, any other player be it Luis Suarez or Neymar Jr. will always play second fiddle to the Argentinian, which is why both City and United are confident that they can lure Neymar to England not through just riches, but the promise of being the face of the club around the world.

Both of the English giants possess the financial resources to put a deal together, but stumble on a couple of other fronts with United possibly not being involved in the Champions League next season, while City runs the risk of upsetting star striker Sergio Aguero should they bring Neymar to the Etihad.

For all the right reasons we can see Neymar in England next season, with the only question now being how much is it all going to cost?