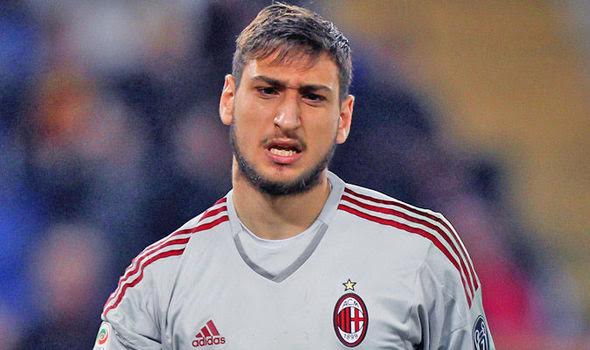 With the prospect of Chelsea losing goalkeeper Thibaut Courtois to Real Madrid next summer or the Spanish giants deciding to have another crack at Manchester United shot-stopper David De Gea once more, both clubs are looking at AC Milan teenager Gianluigi Donnarumma as a possible replacement.

The 17-year-old goalkeeper agent, Mino Raiola has opened up about a possible move to the Premier League for his client by claiming that this ‘proves nothing’ – but insists he would be worth a fee of at least £30 million.

“For me it proves nothing, if there was a similar offer it was evidently presented to Milan,” Raiola told Gazzetta dello Sport.

“But I don’t know anything about this story. But if it’s true that there’s an offer of €38m (£30m), well I’d invest that money in signing Gigione.”

Donarumma has had a breakthrough season for AC Milan, making 22 appearances for the Serie A giants.

“I’d compare him to a (piece by Italian artist Amadeo) Modigliani,” Raiola said back in November.

He’s worth €170m (£132.5m). He has a great future. He’s an extraordinary kid and everyone loves him. He’s already a little champion but he can become a great one.”

For us here at Soccer Transfers we expect De Gea to remain in Manchester, but Courtois has a Spanish girlfriend and a house in Madrid, which when added to the fact that the 23-year-old has already said he prefers life in the Spanish capital to that of London makes you wonder if he is not looking to make a move.