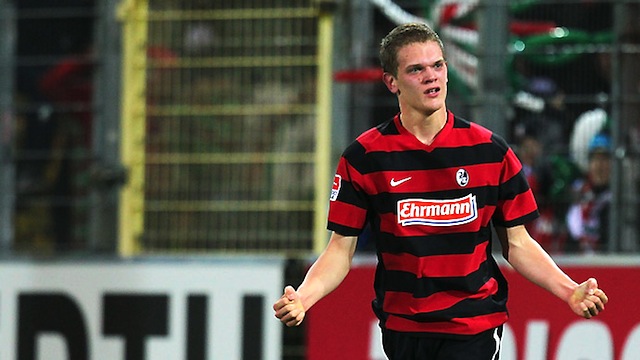 According to German newspaper BIld and reported by the Daily Mirror Arsenal is to miss out on two summer signings with the Westphalia club having already sealed a deal for Freiburg’s Matthias Ginter, who was known to be on the Arsenal want list.

After having been alerted that Manchester United was interested in Ginter Arsenal sent chief scout Steve Rowley to Germany, but it appears with the German clubs season effectively over they have gone full steam ahead to sign up summer transfer targets.

While Arsenal fans were told last week that Swiss striker Josip Drmic will sign for Arsenal this summer, BIld is now reporting that the German giants are after his signature despite the fact that Lothar Matthaus tipped the Nurnberg striker to sign for Arsenal for around £8 million while other reports suggest he only has a £4 million buyout clause in his contract.

Gunner fans will agree that the club needs to get its transfer dealings done before the World Cup and if they continue to dither over every single detail or take negotiations too slow other clubs will come in and sign players from under their nose as Dortmund appears to be doing now.