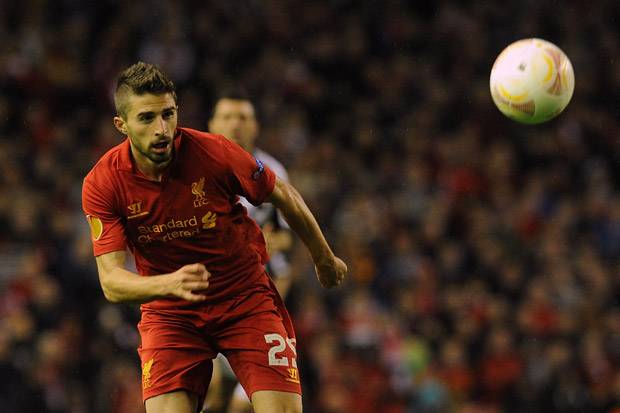 Being a Reds fan has been difficult so far this season and to be honest a little bit of a let-down following on from last season where we came so close to winning the league title.

Looking at things in perspective though, where most will agree the only game in which we looked our best was in the 0-3 away win at Spurs we are not doing badly sitting joint 5th with Arsenal and Swansea just five-points adrift of second place Southampton.

I have already given up hope of winning the league as Chelsea seem to have that locked up already after not having lost a game, but I would certainly like to think we could once again finish in the top-four and have Champions League football to look forward to.

Yes we lost Suarez and despite how good a player he is I think the club did the right thing in letting him go, but as far as the £100 million in new signings is concerned I think we over paid for some but time will tell if there is a star or two amongst them.

Now on to Borini and why we are having trouble scoring goals without Suarez and Sturridge in the team.

The injury to Daniel Sturridge has been a big blow to the team that has put the burden on young Raheem Sterling to take the attack to the opposing team and while his efforts have been valiant he just can’t do it on his own.

Balotelli has been a big disappointment, but in the Italian strikers defence he is not the type of forward who likes to try and take on defenders but a striker who needs the ball fed to him, which is just what Borini did in Tuesday night’s Capital One Cup win over Swansea City.

Borini has been plagued by injuries since arriving at Anfield but showed last season he wants to play by helping Sunderland avoid relegation while on loan for the Black Cats.

On Tuesday night he never stopped running for 90-minutes and created space for Rickie Lambert before delivering the ball for Balotelli’s goal which in my opinion earned him the right to be in Brendan Rodgers team to face Newcastle tomorrow lunchtime.

Whether or not the Northern Irishman agrees with me or not we will have to see, but one thing is for sure Borini wants to prove himself at Liverpool and now he should be given the chance to do so.