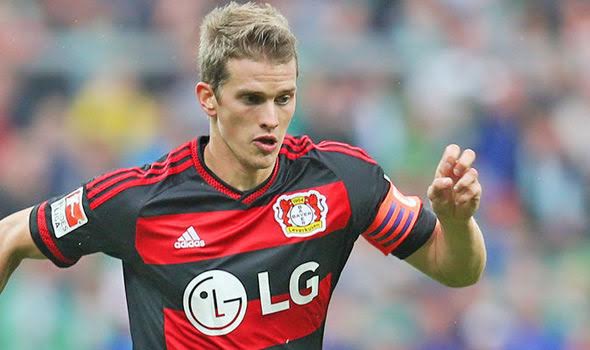 According to the latest reports Arsenal is now the favourites to sign Bayer Leverkusen defensive midfielder Lars Bender in January.

Gunners boss Arsene Wenger has claimed he will do everything he can to make sure his team can compete for this seasons Premier League title, even if it means bringing new players into the club during the winter transfer window.

Now following the injury to Arsenal defensive midfielder Francis Coquelin, who is expected to be out for three months the London Evening Standard claims that 26-year-old German international Lars Bender has emerged as Wenger’s favourite target despite interest in Sevilla’s Grzegorz Krychowiak and Sporting Lisbon’s William Carvalho.

To back this up UK bookmakers have slashed their odds on Bender making a January move to the Emirates in half from 12/1 to 6/1.