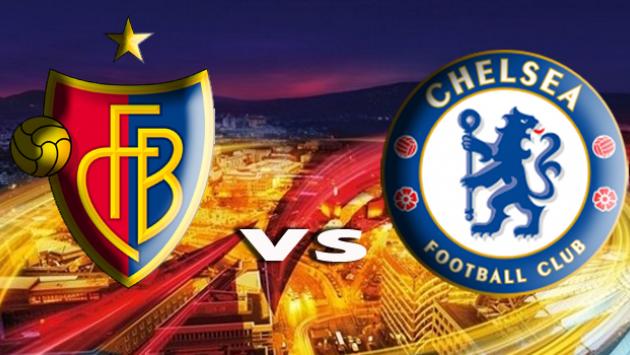 Chelsea can gain ultimate revenge for their shock defeat to Basel in their Group E opener by booking their place in the last 16 and dumping the Swiss outfit out of the Champions League next Tuesday.

The Blues head into the clash at St. Jakob-Park knowing a point would be enough to progress to the knockout stages with one game to spare.

It would mark an impressive recovery after Jose Mourinho’s side got off to the worst possible start. The 2-1 loss in game one was Chelsea’s first in the group stage at Stamford Bridge since October 2003.

Chelsea bounced back with emphatic back-to-back away wins over Steaua Bucharest and Schalke, before moving three points clear at the top of the group with a repeat of their 3-0 victory over the Germans.

Even if Chelsea slip up in Basel, they should still finish top of the pile given they entertain Steaua in their final match.

While the Blues would dearly love to make amends for that opening defeat, the game is more important to Basel. Victory for Murat Yakin’s men would set up a qualification decider against Schalke.

A repeat of last season’s 2-1 defeat to Chelsea on home soil in the Europa League semi-finals would, more than likely, signal a return to Europe’s second competition early next year.

Basel have been in good form domestically this season. They sit top of the Swiss Super League having lost just once in 14 games.

Experienced striker Marco Streller will pose the biggest threat to Chelsea. He has scored eight goals, including the winner at Stamford Bridge. Mohamed Salah is another one to watch.

Chelsea failed to win either of their final two league games before the international break but have improved significantly since that defeat on September 18th. It prompted a nine-game unbeaten run.The Blues can take great heart from their two performances on the road so far. The draw is a good bet at 13/5 with BetVictor, which would keep Chelsea on track to repeat their Champions League triumph in 2011-12.