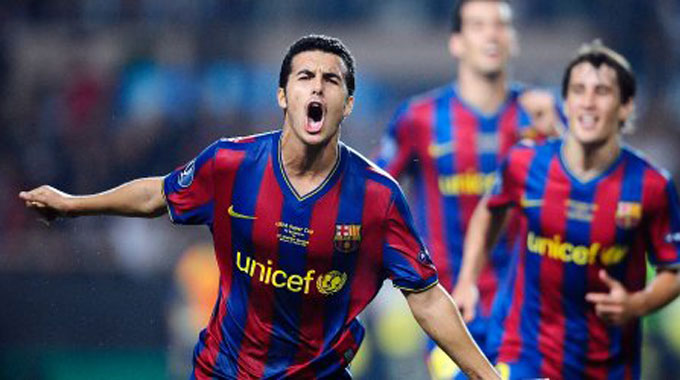 Both Arsenal and Liverpool were hoping to bid on Barcelona forward Pedro, after having watched the 27-year-old Spanish international fall down the pecking order at the Nou Camp since the arrival of Neymar and then Luis Suarez who have virtually relegated the world class player to the Catalans bench.

This has led to speculation that Pedro wanted to leave the club in search of regular first team football and was being linked to the two Premiership clubs.

“Pedro is, and will remain, a Barcelona player,” Braida told FC Inter News.

“He’s a very important player for us, and will not leave in the summer. He has a contract, and will remain at Camp Nou, even more so since we have a transfer ban.

“Could he leave in January? I don’t think so. He’ll definitely stay until January. I repeat: he’s an important player, and will stay at Barcelona.”