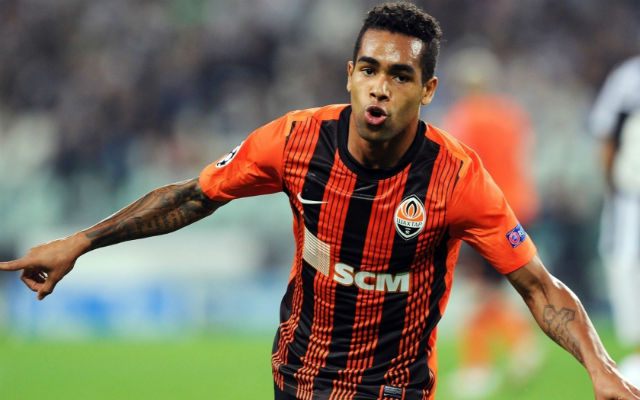 Liverpool have received a big boost in their attempt to sign Shakhtar Donetsk attacking midfielder Alex Teixeira after the Ukrainian club’s manager said he wouldn’t stand in the his way to block a move to Liverpool.

So far Liverpool have had two bids rejected for the 26-year-old Brazilian, but are thought to be preparing a third and final offer closer to the valuation Shakhtar have put on their star forward.

“I don’t want to keep a player against his desire. He wants to play in a big championship,” Mircea Lucescu told FourFourTwo. “Our president knows when it is the time for Teixeira to go. He’s worth €50m (£38m). He’s incredible, very fast, very good technique. I compare him with other players of the same age who changed [the fortunes of] a club, [Angel] Di Maria for example at Paris Saint Germain. Teixeira can be at the same level, better even. He doesn’t get injured, and every year he gets better and better.”