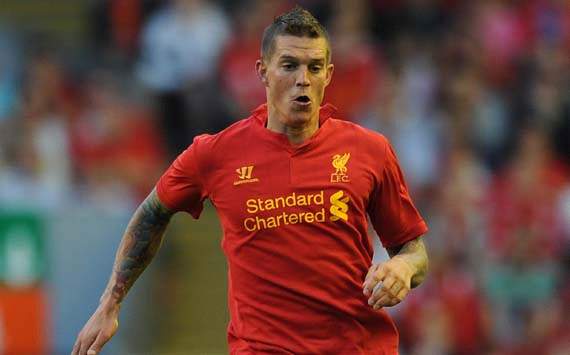 If the Danish international was to move to Italy he would link up with former reds teammate goalkeeper Pepe Reina who joined the Italians on a season long loan deal during the summer.

Agger has featured only nine times for Liverpool this season after suffering an injury in the gym, with Martin Skrtel, Kolo Toure and Mamadou Sakho all been picked ahead of the Dane.

When speaking about his situation last month Agger told reporters that he wanted to stay with Liverpool and fight for his place in the team.

He said: ‘Competition is what this club has been about and should always be and that is a good thing because we want to win something.

‘I’m not the type of player who needs an explanation, I just carry on with my thing and try to do everything to get back into the team.

‘It’s been a bit longer than I hoped for but when you get the chance you need to do everything to keep your place.’