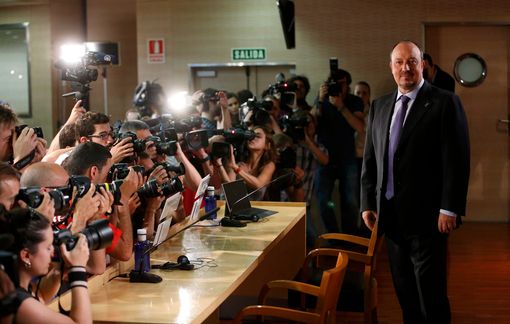 In what will be a blow to Arsenal, Liverpool and Manchester United, Real Madrid trainer Rafa Benitez said at a news conference that none of his main players at the Santiago Bernabeu will be sold this summer.

Several of Madrid’s players have been lined with a move to the Premiership including Gareth Bale and Karim Benzema, but the man in charge claims none of the deals the papers are talking about will happen.

He said: “There’s a lot of speculation but I don’t care about any of it.

“I just want to concentrate on football; all of my players will be staying here.”