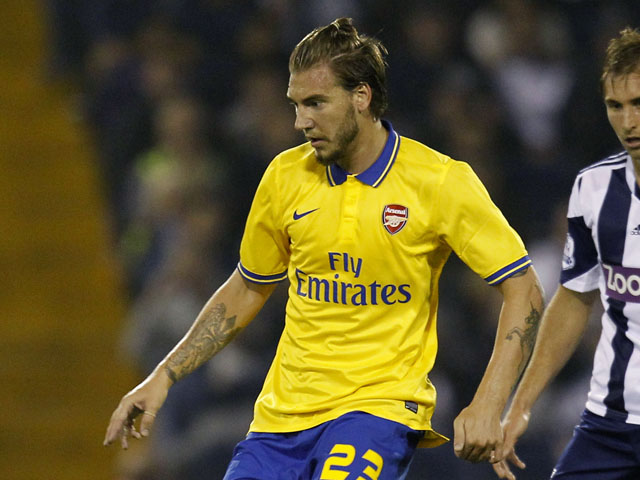 While away on international duty for Denmark Arsenal’s second choice striker has in a short interview told Copenhagen newspaper Ekstra Bladet that it is time to move clubs.

Something that probably 90% of all Arsenal supporters would agree to also, as he will never get the start ahead of Oliver Giroud no matter how well he performs in training.

Bendtner tried his best to only answer questions about the Danish national team, but after being repeatedly asked about his future with Arsenal said:

“I want to leave Arsenal. If it’s in the winter we’ll have to wait and see. First priority is a new challenge – Money is second.”

“I’ve been playing football since I was four years and back then it was for the love of the sport.”