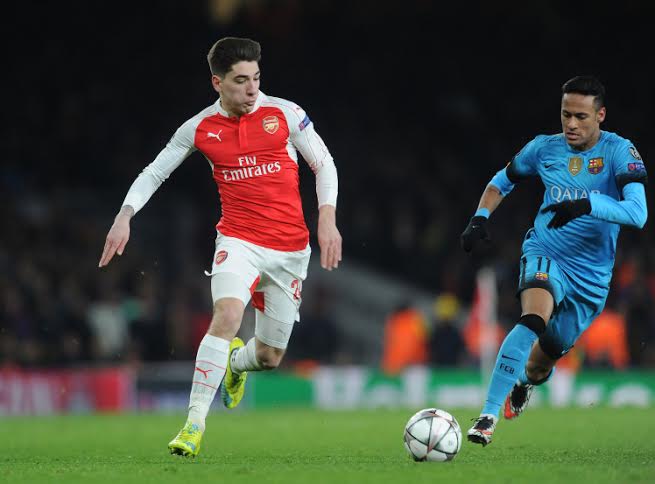 As if things were not bad enough for Gooners following the 0-2 home loss to Barcelona, the Catalan giants may now also have given the Gunners a slap in the face by approaching full-back Hector Bellerin.

Following their win at the Emirates both Andres Iniesta and Gerard Pique approached Bellerin to congratulate the Gunners speedster on a fine performance and to wish him good luck in the future, something Spanish football daily SPORT considers to be an opening shot to lure the Spaniard back to his former club.

Bellerin just like Cesc Fabregas is a product of Barcelona’s famous La Masia academy, and was forced to leave the club in search of football abroad, fearing with so many good players already at the Nou Camp it would be close to impossible to break into the first team.

Once Fabregas got good Barcelona used the same tactic they have now done with Bellerin, by planting the seed in his head about a possible return in exactly the same way they did with Fabregas, and we all know how that turned out.