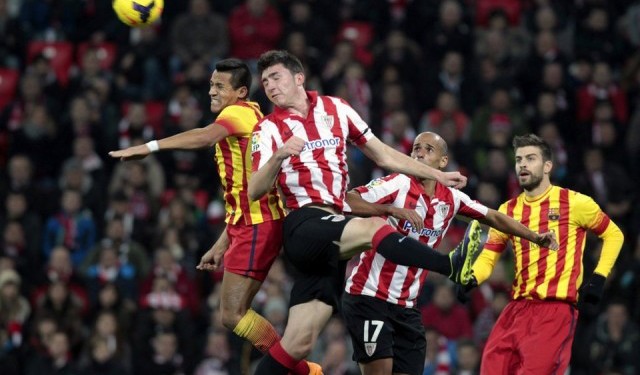 Reigning La Liga Champions Barcelona saw their unbeaten run in Spain’s first division come to an end last night alter losing by a goal to nil against a determined Athletic Bilbao at the San Mames Barria.

The only goal of the evening came from Iker Muniain just 20 minutes from time to inflict the Catalans second loss in just five days following their disjointed effort against Ajax of Amsterdam in the Champions League midweek.

While the loss in Europe does not effect Barca’s chances of progressing in the Champions League,  the defeat domestically is much more dangerous putting Tata Martino’s men level with Atletico Madrid on 40 points three points clear of rivals Real Madrid who seem to have finally found their form.