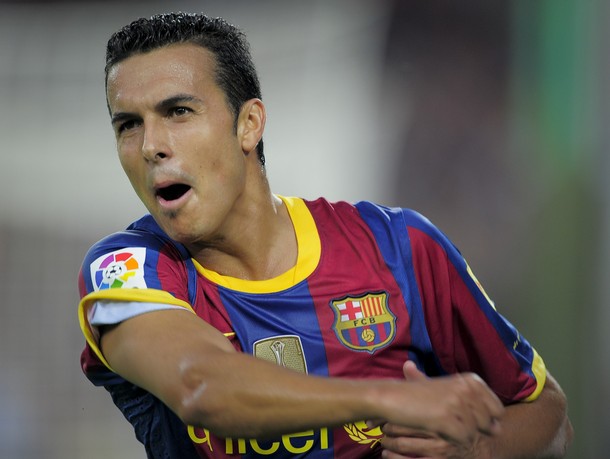 Barcelona striker Pedro Rodríguez has delivered a knockout blow to Liverpool, Arsenal and Manchester United by saying that he has no interest in playing in the Premiership.

The Premiership sides were hoping to sign him on loan in January as he gets little playing time at the Nou Camp hoping that the opportunity to play more ahead of next summer’s World cup would appeal to him.

Recently however he has scored seven goals in his last five games for the Catalans, and as a result could feature more in the starting XI.

When speaking to Spanish daily sports newspaper MARCA Pedro said: “I plan to remain at Barcelona”

“I’m happy and relaxed at Barca. I plan to remain at this club and at the end of the season be able to say that things have gone well for me,” said the forward. “I hope to stay here and win the league. Our goal is to not drop any more points and be challenging for silverware at the business end of the season,” he said.

Currently the Spaniard is taking advantage of the injury to Messi after trainer Tata Martinez initially preferred Alexis by delivering an extremely good shot to goal stats with 37% of his shots finding the back of the net a figure better than both Cristiano Ronaldo and Diego Costa.