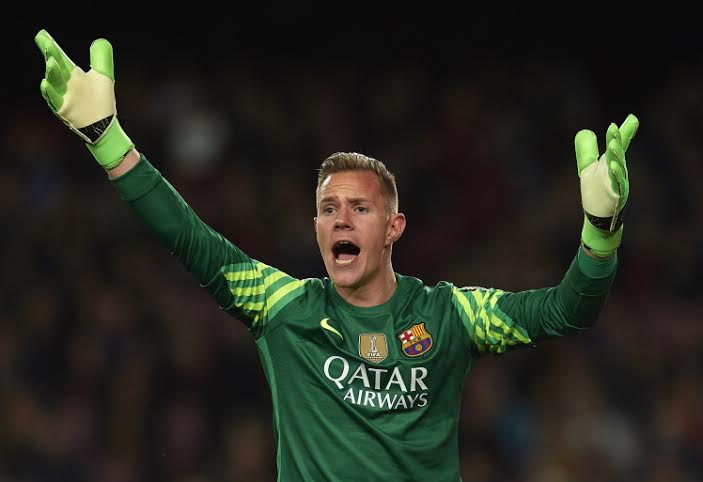 With most Manchester United fans anxiously awaiting the arrival of Jose Mourinho in the summer there is an expectancy in the air as to which players the Portuguese manager will keep on, and which will either leave through choice or find themselves not a part of the “special ones” plans, as is likely to be the case of David De Gea and Juan Mata.

No matter how desperate the fans will be to hold onto goalkeeper David De Gea, the fact is that he wanted to join Real Madrid last summer, and was bitterly disappointed when a deal fell apart at the last minute.

This summer Real Madrid are prepared to meet the Spanish internationals buyout clause of £30 million without batting an eyelid, leaving Mourinho no option but to bring in a new goalkeeper.

The name topping both Mourinho and also Liverpool manager Jürgen Klopp’s list of goalkeeper acquisitions is that of Barcelona’s Marc-Andre ter Stegen.

The Barcelona shot-stopper is currently the heir to Manuel Neuer in the German national team, but despite this Barcelona trainer Luis Enrique only uses the German for cup matches preferring Claudio Bravo in La Liga fixtures.

Ter Stegen is unhappy with this situation at the Camp Nou and would probably jump at the chance to replace De Gea at Old Trafford, and given that the Blaugrana only paid Borussia Mönchengladbach £9.5 million for the 23-year-old would make a nice profit should they decide to let him leave.

As for Mata, he was sold to United by Mourinho and having not fit in with the Portuguese manager’s plans at Stamford Bridge, we have to assume Old Trafford will be no different.