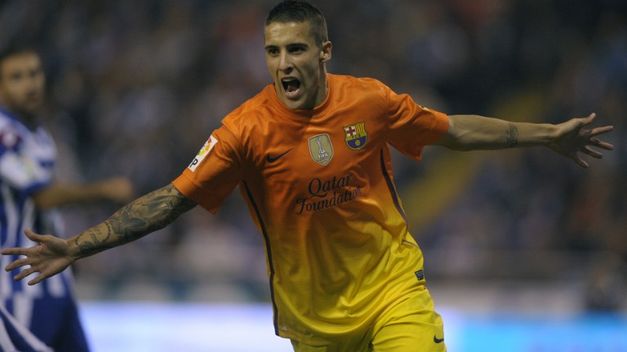 Barcelona winger Cristian Tello is happy to show the Barcelona fans why Liverpool and Tottenham expressed so much interest in signing him this summer.

Tello had been heavily linked towards a move to the Premiership until he went and signed a new contract with Barcelona in August which now contains a 25€ million release clause.

The 21-year-old U-21 international played 34 times for Barcelona last season, but is unlikely to feature as much now that Neymar is at the Nou Camp.

The Sabadell-born player, who has played for his country at all youth levels, played 34 times for Barca last season but is likely to understudy Neymar following the Brazilian’s recent arrival at the Nou Camp.

Despite interest from abroad and what could prove to be a lack of playing time for the Catalans Tello still wants to prove himself to Barcelona.

“I always wanted to stay at Barca,” he declared. “The coach has confidence in me; I am content there and ready to play a lot of minutes.

“I feel better than in previous years. I knew that Liverpool was interested in me, but I never planned to leave.