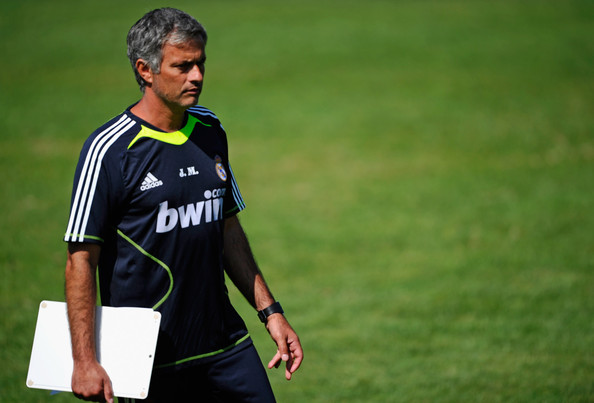 Barcelona and Real Madrid have dominated Spanish football wining 10 out of the last 11 La Liga titles, and would have made it a perfect score before slipping up to Atletico Madrid last season.

Chelsea boss Jose Mourinho who won the 2011/2012 La Liga title with Real Madrid, and says the pair would not find it as easy going if they were to play in the Premiership each week.

“I was in Spain, but I didn’t enjoy,” he told Alan Brazil in an exclusive interview for Sports Breakfast.

“I didn’t enjoy it because I won a title with a record in Spain with 100 points and 121 goals, but we played only three or four matches all season.

“I lost a title with 92 points, but again we played only four or five matches in the season.

“You feel the pressure that you have to win every match because if you don’t you are not champions. You have to win and win and win. But it is a big, big gap between the giants and the others.

“This season I rested a few players against Bradford and I lost against Bradford. And that is English football. You are winning 2-0 and if you concede a goal you know you are going to have hell for the last few minutes and you might draw 2-2 and lose two points.

“I think the difference between the two leagues [Premier League and La Liga] is huge. Would they [Barcelona or Real Madrid] win the Premier League? Maybe yes. Maybe not.”