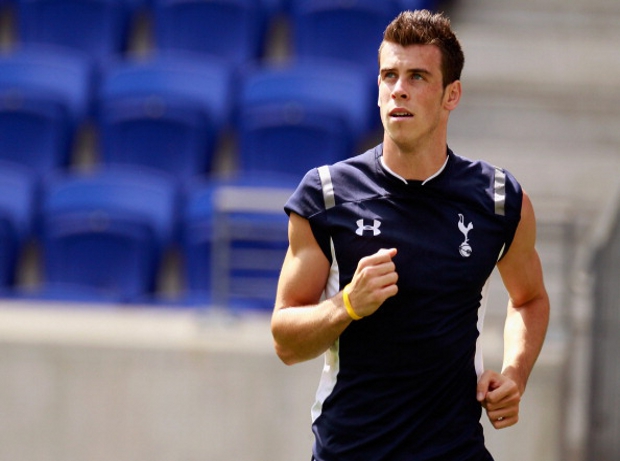 In what is yet another signal that Tottenham’s Gareth is on his way to Real Madrid the 24-year-old watched the Wales against the Republic of Ireland match from the stands.

Spurs Chairman Daniel Levy is determined to not let their star player leave on the cheap and is seemingly dragging out the negotiations until the final minutes of the transfer window.

Tottenham manager Andres Villas-Boas has now admitted that Bale will not feature in the clubs season opener away to Crystal Palace at Selhurst Park on Sunday saying:

“No, because he’s been out injured for most of pre-season,” Villas-Boas said, when asked if Bale was involved in his plans for the start of the new term.

“He was involved in the games against Brentford and Swindon but not any others, for different reasons; pulled a muscle in his gluteus that prevented him from being involved for two weeks and he’s been complaining of pain in the foot.

“I think the most natural thing is to see him not involved against Palace.”