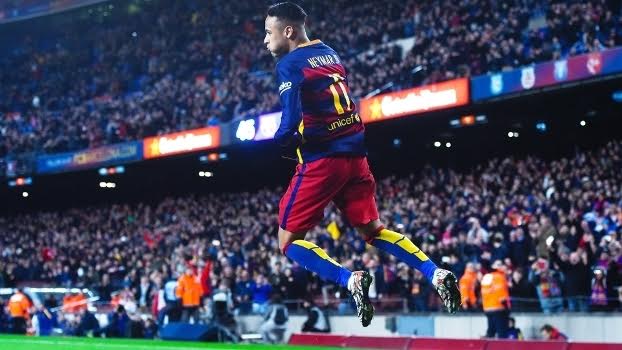 Manchester United urged by their sponsor Adidas, were planning to use that new found television money on bringing a football mega-star to Old Trafford this summer and while it may still be on the cards, Barcelona forward Neymar can be ruled out of the list of possible targets following the signing of a contract extension at the Nou Camp.

Removing all the guess work as to whether a contract was going to be signed soon or if the two parties had reached a gentleman’s agreement ESPN Brazil has reported that Neymar has put pen to paper, which ties him to the Catalan giants until 2021.

For weeks now there has been plenty of speculation suggesting the 24-year-old was open to a move away from Spain with Manchester United leading the chase for the Brazilian in the hope of making him their very own Galatico.

With the Red Devils hopes now dashed after having lost out on Neymar, our best bet and it is purely speculation is that the club will turn their attention to Real Madrid winger Gareth Bale.

The truth is that Manchester United needs to have a player that is recognised around the world in order to promote their marketing strategy and with Wayne Rooney almost certainly set to leave the club once he beats Bobby Charlton’s all-time scoring record; this summer is when United needs to make it happen.

As for Real Madrid, we believe that new trainer Zinedine Zidane wants to sign Chelsea’s Eden Hazard, which means if United were to throw goalkeeper David De Gea into the mix the world’s biggest club could be open to letting Bale return to England.