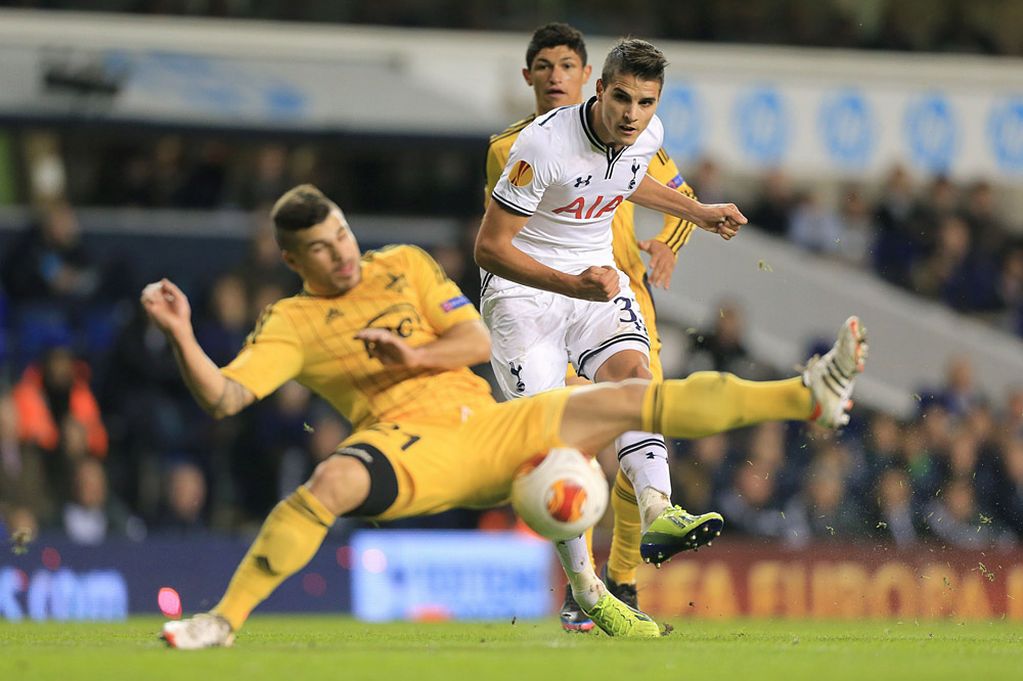 The Spurs manager Andres Villas-Boas has singled out the performance of Eric Lamela for playing a starring role in Tottenham’s 2-1 win over Moldovan side FC Sheriff at White Hart Lane.

Last night’s win over the Black Sea club in the Europa League earned the Londoner’s a place in the knockout stages of the competition with Lamela scoring the opening goal, and being instrumental in Tottenham being awarded a penalty that saw Jermaine Defoe beat martin Chivers European goal scoring record with Tottenham.

AVB later said of his young Argentinian international: “We were waiting for a good performance from him and I think we got it today.

“We have been patient with him and he has delivered with a game in which he had no fear, took people on and created a lot. We saw some signs for what he can do for us and hopefully now he can progress.”

Defoe meanwhile said he had been given words of encouragement by Chivers before breaking his record with his 23rd European goal for the club telling ITV4:”He’s a legend, I saw him at half-time. He said to me keep it going you’ll get it. So nice for someone like Martin to say that.”

He added: “It was frustrating tonight, I couldn’t really get much space.

“I just thought to myself stay patient.

“To go to the top of the list I’m delighted. I was confident, what an opportunity to do it.”

Villas-Boas said: “We are all particularly happy for him. It is a great honour and will stay in time like Martin’s and will be very difficult to break.

“I hope it means this club will continue on this competition in to the later stages to make it even more prestigious for him.

“We were expectant and glad that it happened today. We were trying to put him through on goal, Erik did very well to create the chance through the penalty and he slotted it home.”