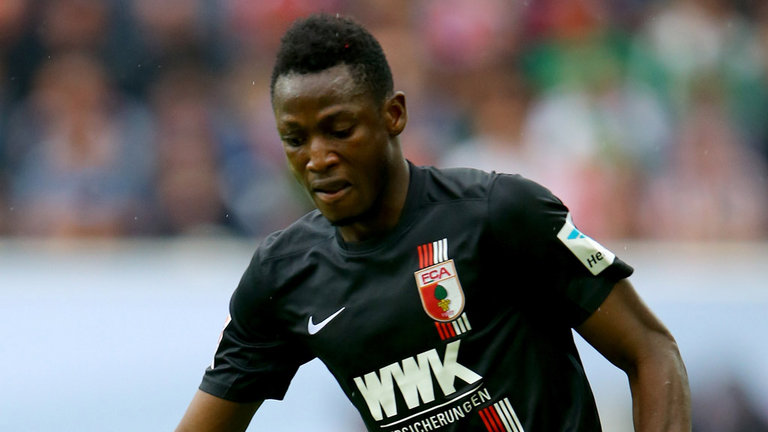 According to Baba Rahman’s agent Sascha Empacher, the Augsburg left-back has agreed personal terms to join Chelsea, and with the Bundesliga club already having signed left-sided defender Philipp Max from Karlsruher SC the groundwork has been done for the 21-year-old Ghanaian international to move to Stamford Bridge.

The 21-year has apparently been on Chelsea manager Jose Mourinho’s radar for some time with the Blues boss ready to move now after having watched him make more tackles last season than any other player in Germanys top-flight.

While speaking to German daily Bild Empacher said: “It is only the clubs that have to find an agreement. We on our side are agreed.”