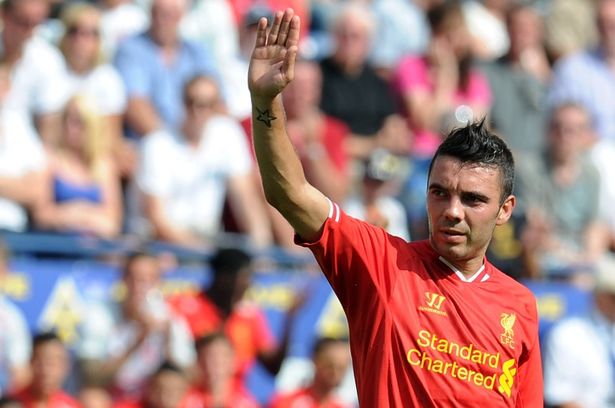 Liverpool’s new summer signing Iago Aspas is loving life at Anfield telling other Spanish players to join him in the Premiership.

So far since arriving at Liverpool from Celta Vigo the Spanish forward has nothing but good things to say about England’s top league.

So far Aspas has started in every game for the Reds, and when back in Spain during the international break he told reporters about how the game is different in England compared to what he was used to in Spain.

“I would tell any player to go to the Premier League,” he told reporters: “You get a different feeling – especially compared to Spain.

“I’m playing a bit further back that it did at Celta, but the big difference is how physical the league is compared to Spain.

“It’s hard to say which is better, but when the season ends and I have played all the teams I will have a better idea.”

The Spaniard is delighted to have played a part in Liverpool’s win last weekend over Manchester United, and the fact that Liverpool are leading the league.

“I’m very happy,” he said. “Especially because we are leading the league.

“(But) it’s only been three games, and it’s a very long competition.”

Aspas and Liverpool will be looking to keep the unbeaten run going when they next play against Swansea on September 16th.