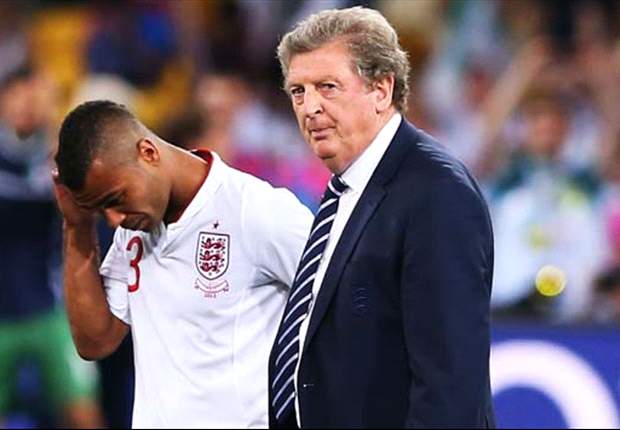 If any further proof were required that significant football has ended for the summer, consider the furore which has emerged around whether either one of Ashley Cole’s arms will sport a captain’s armband on Wednesday evening when he leads England out of the Wembley tunnel to face the Republic of Ireland in the most meaningless of meaningless friendlies.

Admittedly Roy Hodgson did not help the situation. He failed to explain the plan properly to a press pack which loves a good ‘captaincy farce’ on a slow news day, necessitating later clarifications from both the Football Association and Hodgson himself.

Once it emerged, the plan was as banal as it was simple: Cole would lead the side for one day only, armband and all, while Lampard would fulfil the media duties associated with the role and retain his long-term status as Hodgson’s vice-captain.

Yet this, we are told, is dreadfully important. Some members of the media even suggested that if Cole wanted to avoid press conferences he should not have been given the captaincy.

If that logic were applied, though, Sir Alex Ferguson would have been banned from football management long ago, rather than riding off into the sunset after two glorious decades in charge of Manchester United to wave upon wave of eloquent and heartfelt tributes.

Cole has been consistent and fairly uncompromising in his shunning of the media for many years, and the added spotlight the England captaincy invariably attracts has always repulsed him. A series of controversies played out in public – some self-inflicted, some not – have made him extremely distrustful of journalists, even if they appear to harbour no ill will towards him.

Consequently, the only real surprise is that he has accepted the honour at all. But then, as Hodgson said, it is a compromise which suits everyone – “that with the press conference, Frank Lampard would be the one coming in and speaking for the team, whereas he [Cole] will be doing his talking with his feet on the pitch.”

Rather than Cole’s reluctance, it is the FA’s intentions which should be questioned. For a body so keen to protect the sanctity of the armband that John Terry was stripped of it and yet allowed to remain on England duty while under criminal prosecution for racist abuse, the decision to award it to a man who labelled the FA a “#BUNCHOFT**TS” on Twitter is more than a little strange.

They would no doubt argue that time is a healer, and that Cole accepted his consequent punishment while apologising to David Bernstein. Yet the way they have bent the rules and bent themselves over backwards to award the captaincy to Cole for this particular game – three months after his actual 100th appearance – suggests a motivation beyond mere forgiveness.

It suggests a desperate desire to add significance to a match which is, at best, an inopportune opportunity for Hodgson to try and establish some residual team chemistry before a crucial run of World Cup qualifiers among a group of players who are entitled to wish they were already on their holidays after long and gruelling seasons.

Everything else has been tried to spice up the occasion: A familiar opponent England have not faced for 18 years, wall-to-wall reminders of the FA’s 150th anniversary celebrations and a snazzy new kit unveiling. Cole wearing the armband is just another part of the circus.

Without the usual hassle, it is an honour the Chelsea man will accept gladly. Why would he do anything else? But it is not – or at least should not – be a big deal. In the last three years, no less than 12 players have worn the captain’s armband on England duty, including Cole himself for 35 minutes of a friendly victory over Denmark in February 2011.

Such a blasé approach no doubt infuriates the traditionalists, still enamoured as they are with iconic memories of legendary Three Lions captains Billy Wright, Bobby Moore and Bryan Robson.

Of far more concern, though, should be the perilous state of England’s current World Cup qualifying campaign. Nothing would take the shine off the FA’s birthday back-slapping quite like a failure to qualify for a second major tournament in eight years, and the first World Cup since 1994. Whether these friendlies will significantly help Hodgson avoid such a fate is questionable.

Yet for some, it is still the captaincy which fascinates above all else. And thanks to the FA, Cole’s reluctant move to the front of the line on Wednesday makes it once again, absurdly, an issue.