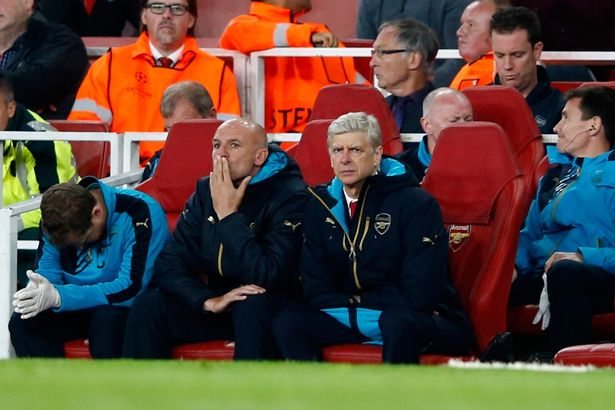 Perhaps for once Arsenal fans will agree with former Spurs and England star Glen Hoddle after the BT Sport football pundit blamed Arsenal’s loss on Wenger’s decision to rotate players.

The 65-year-old Frenchman’s biggest mistake was to play No.2 goalkeeper David Ospina instead of Petr Cech, whose mistake cost the Gunner a goal when the Colombian international juggled the ball over the line for the visitor’s second goal of the night.

Following two losses and back to back games against Bundesliga champions Bayern Munich still to come, Arsenal’s chances of emerging out of Group F are hanging by a thin thread.